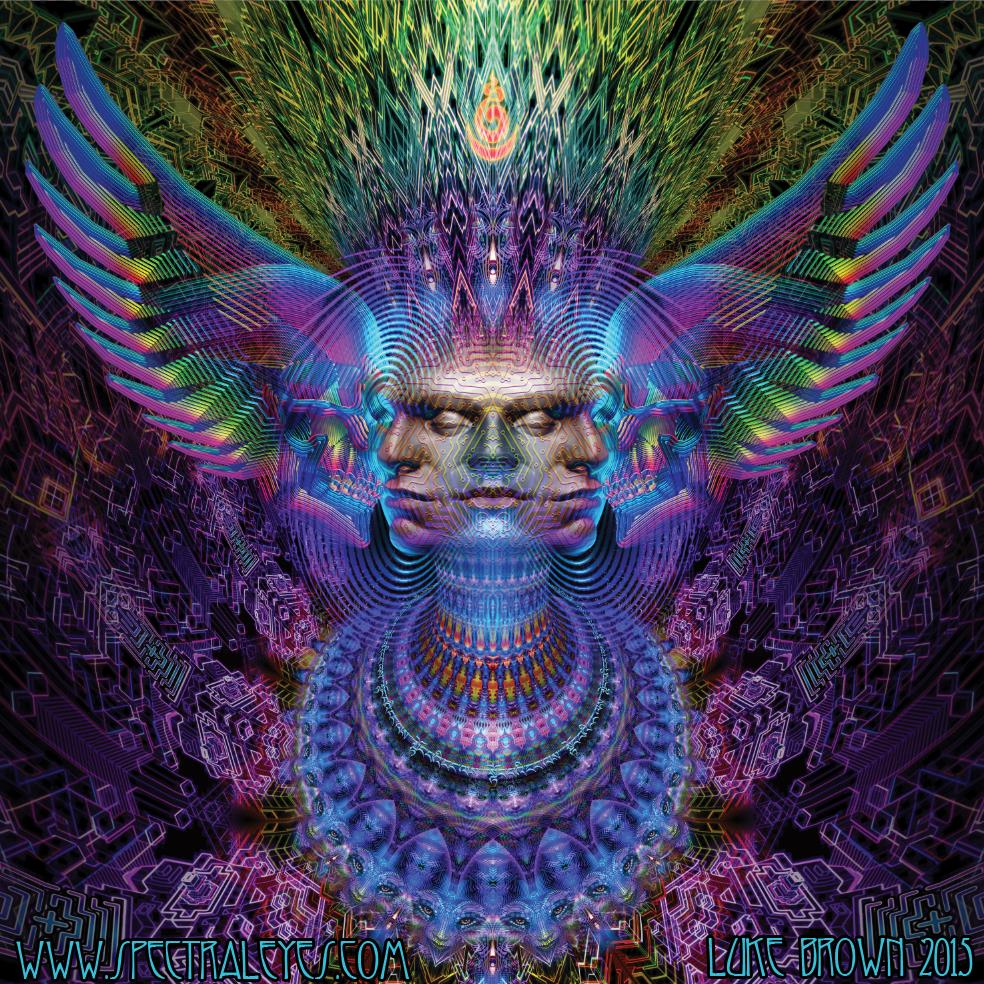 Luke Brown’s visionary art (Spectraleyes) is an open portal into the higher-dimensions of our being. Riding on the wings of the creative imagination, Luke is being dreamed up as a medium, oracle and amplifier for a deeper process of awakening that is unfolding in the collective mind-field of our species. In creatively giving such unique and vivid shape and form to his inner experience, which is to say himself, Luke is stepping into the archetypal role of shaman and healer for the community at large, which in this case is the whole human species.

In being in-formed by and creatively translating the deeper transpersonal energies that are pulsing through him into a communicable language, Luke taps into forms, vibrations and realizations that exist in the formless, synchronic, archetypal dimension of consciousness itself. This is a dimension existing “outside of time” – which, like hidden treasures of the soul, are waiting to be discovered, formulated and brought forth so as to be rendered into visible form at the right moment “in time.”

A form of mystical activism, Luke’s work is an example, in full-bodied form, of how we can “conspire” – to breathe together – so as to “co-inspire” each other. Luke’s creative imagination truly sparks our own, which is to say that appreciating the creative spirit that moves through him is to appreciate, access, and en-liven our own.
The art of Luke Brown by-passes the mind and speaks directly to the heart and soul of humanity itself, where it touches and activates something deep within us. “Psycho-activating” beyond belief, Luke’s art activates the psyche and stimulates our own dreaming imagination, a direct experience that, nonlocally speaking, leaves no one unchanged.