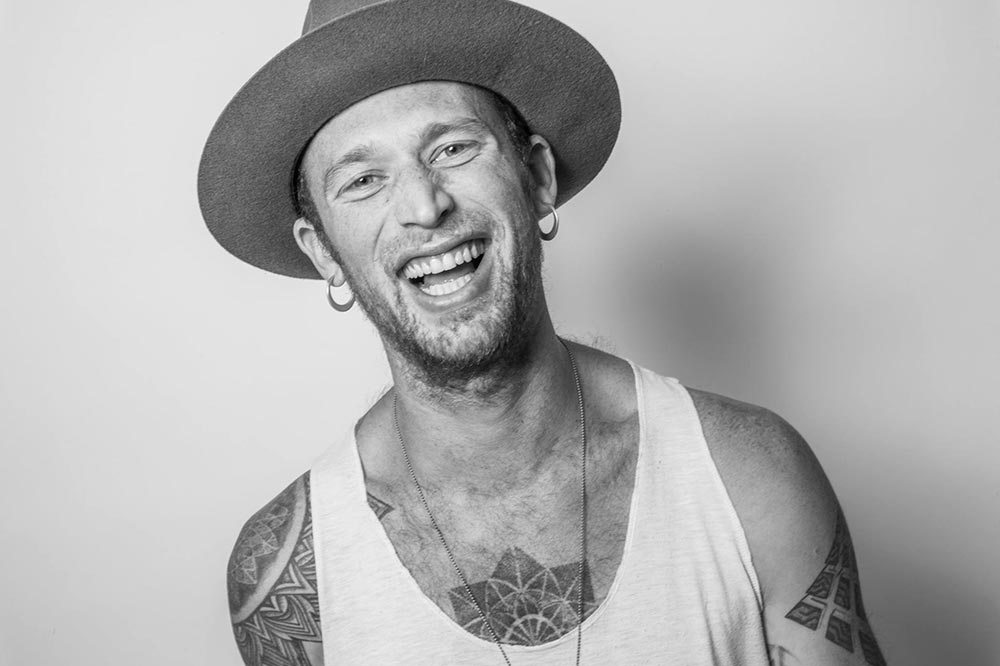 David is constantly pushing the boundaries of live electronic music. Playing, composing, and conducting his own electronic symphony live on stage, his performances are brimming and layered with human emotion, world exploration, and sacred sounds. Whether performing by himself, or with a live band, “The Human Experience” always delivers an emotionally charged show.

“The Human Experience” aims to cross cultural barriers through music. David has collaborated with artists all over the world including Ignacio Perez (Buena Vista Social Club), William Close (The Earth Harp), Random Rab, Govinda, Amae Love, Rising Appalachia, and many others.

Since his debut album “Inaudible Sounds” in 2010 , he has released nine other albums in the last four years and has four new projects planned for release in 2015. Each song is a sonic journey; interweaving psychedelic layers of melody and harmony with organic grooves and international vibes.

Composing and performing live with the Audio/Visual/Dance projects “Phadroid” (Andrew and Phaedra Jones), “Quixotic”, “Lucent Dossier”, and “Seraphim” David is expanding his sounds into the mixed media world.

David has performed all over the world sharing the stage with renowned artists such as, Thievery Corporation, Bonobo, Tipper, Emancipator, The Polish Ambassador, and many more.

Over the last three years he has toured in UK, Europe, Russia, Israel, Central America, Canada, and all over the United States at a variety of events including festivals like Burning Man, Boom, Electric Forest, Wakarusa, Lightning in a Bottle, Symbiosis, and Envision. His music has been featured on NBC prime time TV and is beginning to make its way into the world of cinema.

David is consistently redefining himself as an artist, performer, and human being. Moving and traveling around the world, meeting people from all walks of life and realms of consciousness, he is continually learning, growing, and sharing inspiration with those around him.