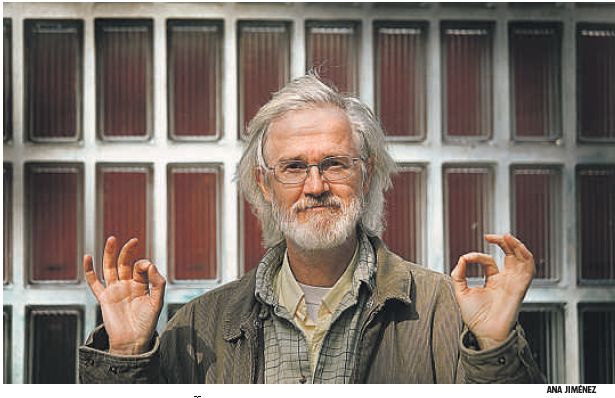 Dan Winter’s background is as multi-faceted as his viewpoint. Graduating with honors from the University of Detroit, Dan pursued graduate studies in psychophysiology and the origin of languages. In addition to his academic background, he has worked as a Systems Analyst with IBM, an industrial metallurgist and crystallographer. He has undertaken many diverse studies, from quantum physics to modeling at the MIT space lab to developing the early biofeedback prototype equipment as Dr. Albert Axe’s protégé. Widely traveled, Dan has sojourned to study at the Gurdjieff School of sacred gymnastics, in Florence with Buckminster Fuller, the Gizah pyramids, Israel, the Andes and at Findhorn.

Dan draws on many sources, including science, mythology, popular culture, and even channeled information, looking for ideas about the deep connectedness of all things and how the profound nature of our oneness can be approached from architecture or art, math or biology, electronics/computers or myth.

Among his many projects, Dan is developing a new breakthrough theory on gravity. He believes recursive nesting in field geometries is what creates the implosion “magnetic monopole” wind centering force we call gravity, and thus provides the clue on how to arrange magnetic long waves to repair gravity fabric and restore atmosphere retention. This also suggests how ONLY LOVEBENDS THE LIGHT, AND THEREFORE ONLY LOVE CREATES. The fractal attractor of the heart’s electricity accompanying the learned and teachable skill of choosing compassion, by indeed be the centering force which ultimately makes even star birth’s self-referent and therefore self-aware!