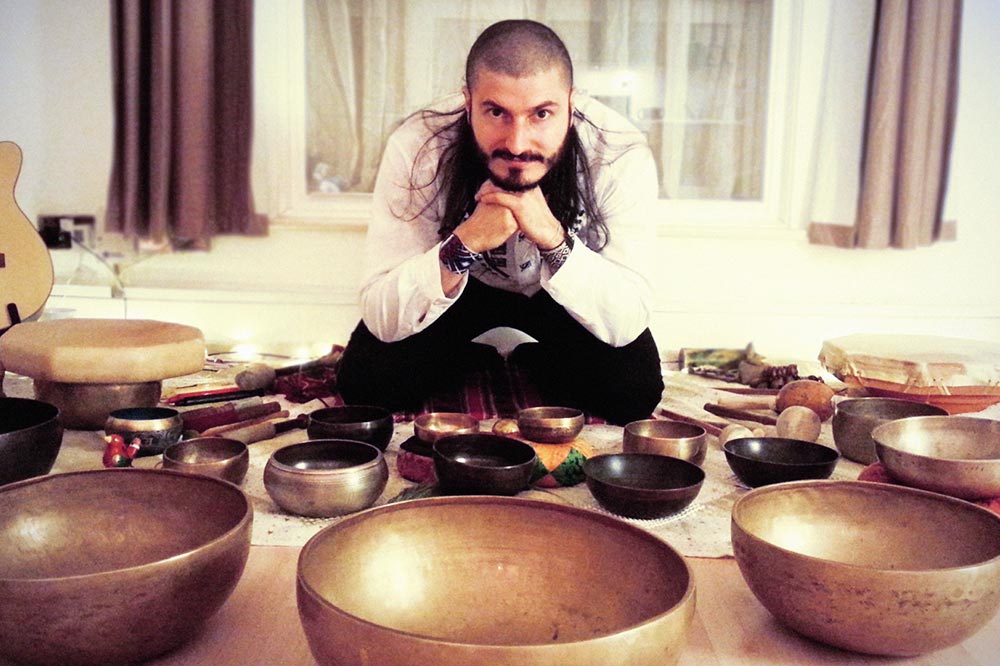 Anthar Kharana from Colombia, is an international Sound Practitioner and also an empiric musician from a long linage of musicians in his family. He is also a Guardian of traditions and medicines of the Americas, guided by wise Elders from his Homeland from an early age, carrying their words alongside his work worldwide. As a Sundancer and Chanupa Carrier, (traditions of the North of the Americas) he is one of the Sons of the alliance of the Eagle and Condor, a New Nation united by the agreement of the Elders of the North and South America to become One.

He is been travelling to Europe for 13 Years sharing different wisdom and lighting the fires in the hearts of people through workshops, concerts, ceremonies, therapies and retreats. He is the Director of Tribal Sound Healing in the UK and Recently he has co-created the first school of sound healing in Scotland ANSU School of Sound and Tribal Healing Arts.